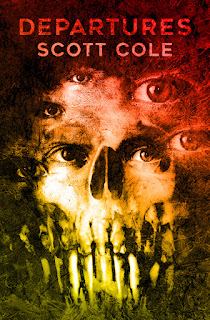 A new homeowner finds a large, inexplicable egg behind a door...
A traveler seeks a bizarre creature from folklore...
An abused spouse takes matters into their own hands...
A stranger tempts passersby with a mystery in the trunk of his car...
A man discovers a cemetery walled off from the rest of town...
A family finds out what the vacation of a lifetime really entails...
And a sleep aid wakes up.
These are just some of the strange tales within, as Scott Cole returns with a new collection featuring his unique brand of unusual horror stories.
“No other living author writes the uncanny and the weird as compellingly as Scott Cole. His new collection, Departures, is a deftly written tightrope act balancing between moments of quiet gentleness and the chillingly absurd.”
— Eric LaRocca, author of Things Have Gotten Worse Since We Last Spoke and Other Misfortunes
Available in paperback and ebook.
------------- 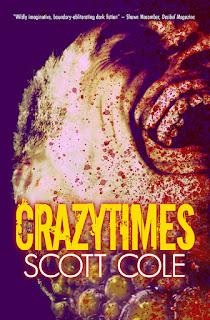 You wake up Monday morning and everyone is crazy. Everyone was already crazy, though, right? But somehow things are worse today. People are angry, throwing chairs out of office windows, eating rocks, violently scratching their necks, and running naked through the streets. They’re killing each other for no reason and laughing through the carnage. The whole city is like this. And meteors are falling from the hazy skies above. How are you going to survive? Do you even want to? This isn’t just another manic Monday. This is Crazytimes.
“fuses Cronenbergian body horror and visions of the apocalypse onto a wry, heartfelt-yet-absurdist first-person narrative that falls tonally somewhere between Joe Lansdale and Sam Raimi.” - Shawn Macomber, Rue Morgue
“A rampaging rhino of a fun time” - Steve Stred, Kendall Reviews “A tongue-in-cheek orgy of gore-splattered insanity” - Peter Caffrey, Ginger Nuts of Horror
Available in paperback and ebook.
------------- 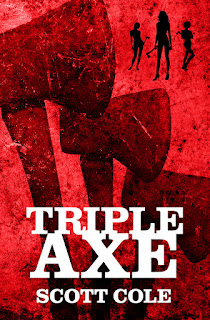 Jesse Jinx is a p*rn star. She has dreams of starting her own adult film production company where she and the other actors will be treated more fairly. But there won’t be a production company if she can’t come up with the money—or if there aren’t any p*rn stars left.

A deranged killer is on the loose, targeting adult entertainers, and choking them to death with a weapon that leaves no trace of itself. When the authorities refuse to help Jesse and her two closest friends, the three women decide to take matters into their own hands...with axes. As their colleagues fall one by one, they have a plan to stay alive—and they’re ready to hatchet!

"A genuine cult film on the printed page. TRIPLE AXE is arguably the wildest tale of 2018..." - The Horror Fiction Review

"Hilarious at times and horrific at others. Cole's encyclopedic knowledge of film, seemingly all film, is wielded weapon-like throughout the book." - Ginger Nuts of Horror

"Gore and explicit sex splatter the pages, but Triple Axe keeps the mood light with a comedic undertone plus a sense of empowerment embraced by our female leads...Triple Axe is a gritty, gore-filled, wet dream of a novel." - Sci-Fi & Scary 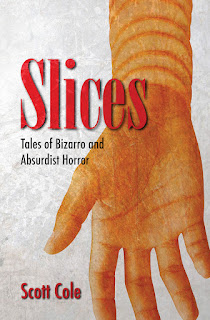 Are you hungry for something different? Something weird? Horrific? Funny? Uncomfortable? Surreal? Try a slice.

A man opens his door to a most unusual salesman, whose wares are not quite what they seem... A writer on a retreat discovers a talking insect, and a tree bearing fruit that looks just like cats... A demented clown acts as one poor soul's daily alarm clock... A man in a homemade spaceship encounters a terror he never could have expected - something that wasn't in his guidebook... A professional eater starts to crave the most forbidden food... A man on the verge of suicide begins cutting, and in doing so, finds a reason to exist...

These and many more Tales of Bizarro and Absurdist Horror.

"Wildly weird and brutally bizarre...Over thirty tales of twisted terror and odd behaviors...I loved them all." - Ginger Nuts of Horror

"These pages are filled with unique and creepy stories...It's an all you can eat buffet of horror! I very rarely revisit books, but I will make an exception for this collection." - Cedar Hollow Horror Reviews 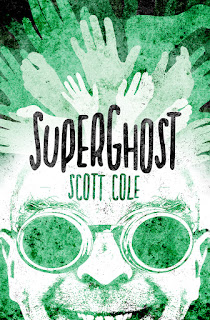 "I can certainly guarantee that no one has told a story like this before. It never goes where you think it will and always keeps you guessing..." - Horror Underground

"a clever and intelligent farce" - The Novel Pursuit

Available in paperback and ebook.
-------------
Email ThisBlogThis!Share to TwitterShare to FacebookShare to Pinterest
Home
Subscribe to: Posts (Atom)