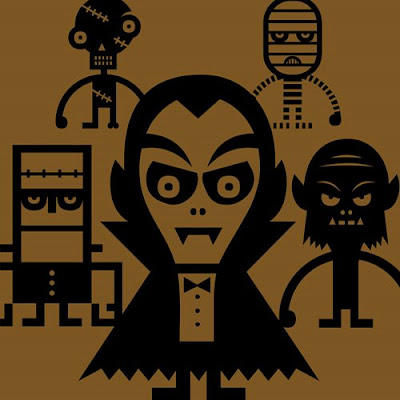 Back in 2004, I decided to put together a Halloween mix CD for a handful of friends. I ended up running out of time, and didn't actually finish it until the following year. Of course by then it had ballooned to a 3-disc set - which was somewhat fortuitous, as I didn't have the time to put anything together in '06 or '07.

I put together a new mix this year, which I'll get to in a few days. For now, though, here's a link to the first disc of the 2005 mix. Enjoy.