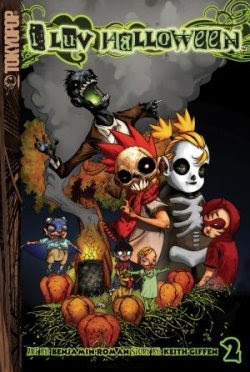 I Luv Halloween is an odd, twisted thing - the story of a group of kids (Finch, Mr. Kitty, Pig Pig, Devil Lad, and Moochie) who meet up every year to go trick or treating, and wind up encountering everything from Aliens to Zombies. Actually, that description doesn't really do this series justice. It's a bit stranger than your typical Halloween story.

Anyway, a special edition of this American-made manga was just released, collecting all 3 volumes (in a slightly larger format, and now in full color), plus a handful of extras.

But before that, Tokyopop started releasing two different video series - a CG animated series, and an "iManga" series, which is basically moving comic book pages with sound. Doesn't look like either series reached a proper conclusion, but you can see what there is to see right here. 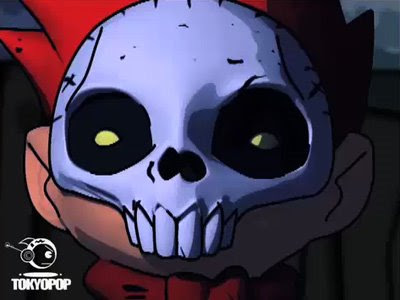 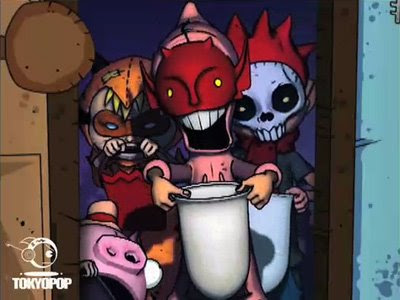