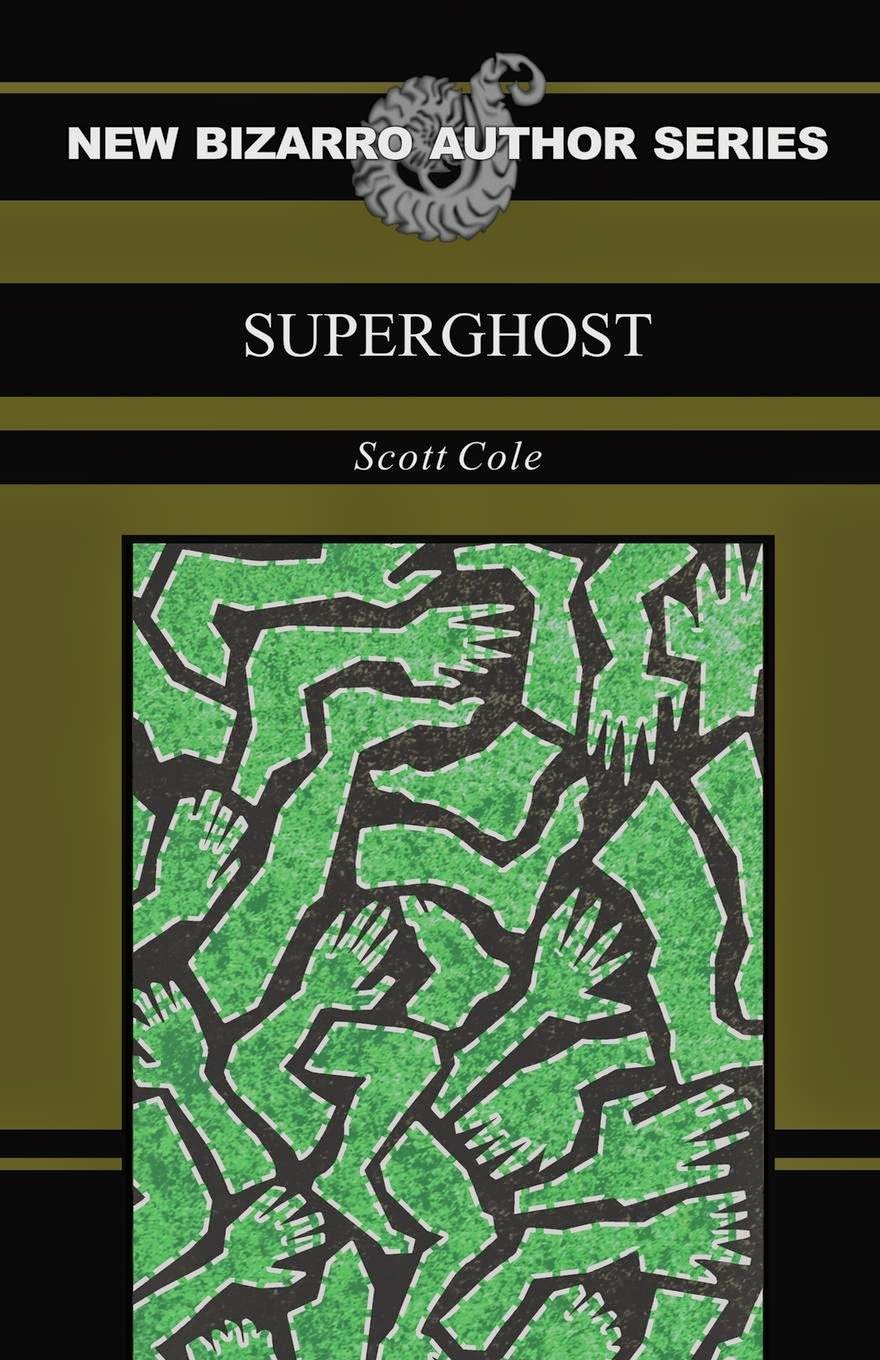 If you happen to be someone who swings by this dusty ol' place from time to time, checking to see if I've posted something new, let me first say both thank you and I'm sorry, and then allow me to share some news...

I'm thrilled to announce that my first book, SuperGhost, is being published by the legendary Eraserhead Press, as part of this year's New Bizarro Author Series. This has been a dream of mine for a while, and the fact that it's become a reality is, well, kind of weird, and very, very exciting.

Things were bad when Darren lost his arm to a drunken farmer driving a stolen bulldozer the wrong way down a one-way city street. All he had left was the strange tingling sensation where his arm had been and a life that was no longer there. Now, even that is about to be stolen from him.

The foulest mad scientist the world has ever seen has plans for Darren’s phantom limb, and the limbs of all the other amputees he can attack. He is gathering them to build the greatest Frankenstein ghost ever made from phantom body parts—a SuperGhost designed to destroy the world! And it will take Darren and a ragtag band of amputation survivors to bring down the creature and save mankind from total destruction!