20Q7A: An interview with Stephen Kozeniewski

This week's guest is Stephen Kozeniewski… 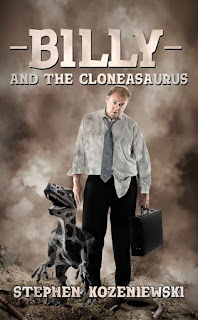 SK: BILLY AND THE CLONEASAURUS, while still immensely dark, is not really comedic horror like my debut or straight horror like my sophomore novel. It's closer to dystopian science fiction, though I think it's twisted enough that horror fans will still love it.

SK: Well, the zombie obviously. Unless you mean a particular individual, in which case I guess Bub. I could really write reams and reams on this subject (I have, in fact, and have given presentations, too) but it boils down to how universal the fear they inspire is. Everyone dies, everyone desires not to die, everyone secretly fears what would happen if they couldn't die. It's such a primal urge and such a primal fear, merged and given a face.

SK: A computer. I don't know if that's "cheating," but I'd rather be something capable of communicating. The idea of being a sentient beer can or teddy bear or something is sort of terrifying. Like, you could be aware but unable to do anything or even interact with your environment? That sounds like Hell. 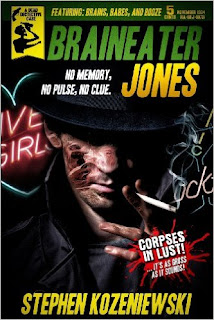 SK: Is it sad that I can remember three Twilight Zones and two Outer Limits? I could probably rank all five, too, and the '90s remake of the Outer Limits would be at the top of the list. But, in the spirit of this question, I'm sure you're referring to the originals, in which case, Twilight Zone, obvs.

SK: The secret? I don't know. I guess you've just got to find something you love to do and then do it for the rest of your life. For me, it's going to Rushmore.

Stephen Kozeniewski lives with his wife and two cats in Pennsylvania, the birthplace of the modern zombie. During his time as a Field Artillery officer he served for three years in Oklahoma and one in Iraq, where, due to what he assumes was a clerical error, he was awarded the Bronze Star. He is also a classically trained linguist, which sounds much more impressive than saying his bachelor’s is in German.