20Q7A: An interview with Bryan Smith

This week's guest is Bryan Smith. 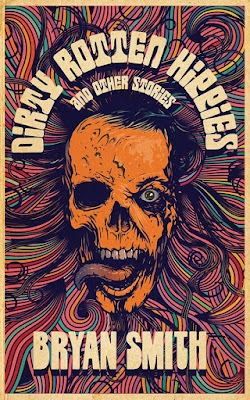 BS: DIRTY ROTTEN HIPPIES. It's a new novella long enough to have been published alone, but I decided it was time for a new collection, as I hadn't done one in a while. The last one was a decade or so ago. The new book includes previously unpublished stories from my Patreon along with previously uncollected stories from various anthologies. It also includes some stories that previously appeared in ebook format only, but are now in a widely-available print edition for the first time.

BS: Slaughtering hobos and stuffing them in my basement. Just kidding. Probably. But seriously, that should probably be my next novella. Hobo Basement Massacre Part IV In 3-D.

BS: Roderick Fitzhugh Witherington, III, Esq. People would assume wealth upon hearing this name and treat me accordingly. I might even have accidentally become the fucking president. You never know about these things anymore.

BS: The flayed and stitched together flesh of my enemies. Plus a jaunty hat. 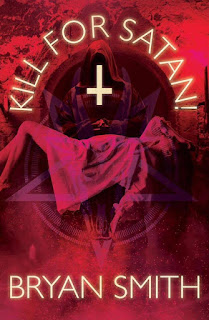 BS: I love music more than most things, particularly punk, proto-punk, psychobilly, metal, dirtbag sleaze metal from the late 80s, etc. Unfortunately, I can't listen to any of that when I write. I require as close to an absolute quiet as I can get. It sucks. I hear all the time about writers who crank up the volume on something when they write, but I am not one of them. Even the slightest repetitive or distracting noise derails me.

BS: Headball. It'd be like kickball, but with a severed head. Obviously there'd be a lot of wear and tear on the "ball", so you'd have to keep an ample supply of replacements.

BS: In the early 90's, I had ridiculously long hair, like almost down to my waist. And back then I'd occasionally wear a tie-dye shirt. I happened to be wearing one on Halloween night. This was not by design. It was just in the shirt rotation. But when handing out candy to the trick-or-treaters, I got multiple gushing comments about my "cool costume". They all thought I was purposely dressed as a hippie from the Woodstock era, and possibly wearing a wig. Of course, there was no costume or wig. I was just me. So my "greatest Halloween costume" was an accident.

Bryan Smith is the author of numerous novels and novellas, including 68 Kill, Slowly We Rot, Depraved, The Killing Kind, Dirty Rotten Hippies, and Last Day. Bestselling horror author Brian Keene described Slowly We Rot as “The best zombie novel I’ve ever read.” A film version of 68 KILL, directed by Trent Haaga and starring Matthew Gray Gubler from CRIMINAL MINDS, was released in 2017. Bryan lives in Tennessee with his wife Jennifer and their many pets.