20Q7A: An interview with Josh Malerman

This week's guest is Josh Malerman. 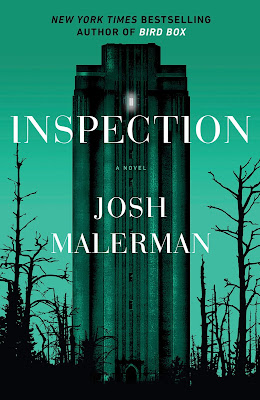 What a great question. I’ve always thought “Josh” was too soft. I like J names but mine lands on a cloud. “Jack” lands on a motorbike. Okay so... I wish my name was Dungeon Punchinello. As in: a dungeon clown. If you can make people laugh down there, you can be funny anywhere. (I’ve considered using it as a pen name... maybe I will)

Anthony from “It’s a Good Life” in Twilight Zone: the Movie. I don’t think I’ll ever quite get past the idea of a god-child and how he could remove his sister’s mouth with a thought. How he made Uncle Walt pull the insane rabbit from the insane hat. There’s an elasticity to this segment that kickstarted my entire affair with the genre. For that, Anthony will probably always be my main monster. But there are many! I have a lobby standee of the Wicked Witch in my office. She stole my heart, too.

So, I definitely do. And it used to be that music without lyrics was best for me. Now I don’t care, so long as it drives, you know? And the great thing about horror movie soundtracks is that they tend to play a single beat or tone through the whole thing. So you don’t necessarily have to worry about a poppy song cracking the rhythm you got going. And it used to be that the horror stuff was relegated to my office, but ever since Allison and I bought a house, we’ve been playing the scary shit on the outdoor speakers and, for reasons I don’t entirely get, it goes incredibly well with the pond, the trees, the flowers, all that. So now I’ve been listening to soundtracks everywhere and pretty soon I’m gonna mistake my life for a movie. 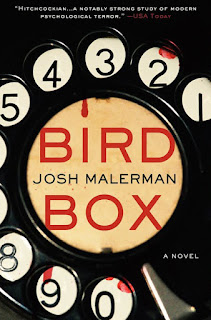 Hagazussa really did something to me. I heard it was a student film? German. I don’t even know. But early on the mother is calling for the daughter, “Albrun! Albrun!” and long after the mother dies we hear that same tone of voice calling for her again, the daughter now all grown up, “Albrun! Albrun!” and it chilled me to the bone. I hear that name in the trees at night now. Loved this movie.

Does the Indian buffet count as one food? Because there are times I wonder if I have spent my entire life there. Helluva hangover food. Works almost as well as leaping into a pool upon waking.

I used to think it was ghosts and demons but I’m discovering lately it’s aliens. I was reading Whitley Streiber’s Communion and it really messed with me. Had to set it down. Then I was reading a nonfiction account of Roswell, etc, and that messed with me, too. It’s on odd thing for a horror author to chance upon a new fear, you know, you think you’ve already accounted for them all. But for whatever reason, aliens have been scaring the shit out of me as of late.

I like this question. Because we all have them, yes? Mine is that I ate my parents at a very young age. No no wait. The secret I want to talk about is the writing secret, that is, the one that propels me to write a rough draft for a new book as I’m waiting to receive the notes from the editor for the last one. And I think the answer to that is simply not caring, at first, if anything I do is “good or bad.” It may sound simplified, but truthfully, the minute I got rid of those words, a kaleidoscopic life opened up for me. The life of the artist. In full color.