I asked Stephen Graham Jones 20 Questions. He answered 7 of them - Not because he's a jerk (he's not - I swear), but because that's the format of this interview series. Anyway, enjoy... 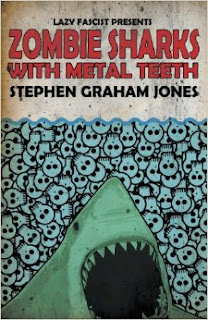 ​SGJ: Cody Mingus. Stephen Reiter. Both of which are students I've known. One of those names I've already used. The other I've got permission to—for me, not a character. Who knows. Might have to do it here soon. ​

​SGJ: A lot more pirate shirts.​ And I'd always tuck my pants into my boots. Also, my pants would probably also be breeches.

SGJ: ​Zombie cheerleader, female. Competed in a contest where we each had twenty seconds to 'be' our costume. So I faked a cheer-routine, then did the splits. Had to wrap and ice my thigh for six weeks afterward. But I won that contest.​

SGJ: ​That burned-black edges of beef brisket.​ Or burned neck roast from a white tail. In junior high one of my friends smuggled some of that to school in some foil—he'd stole it from his dad's lunchbox, I think—and we ate it in the halls all day. Some of the best eating I've ever had. But, the best meat ever? Shark on a stick at a Renaissance festival. Still, though, those burned-black brisket edges, man. They're right up there with the crumbs you can get at Long John Silver's. Which I once lived on for about three months, in the good old days. 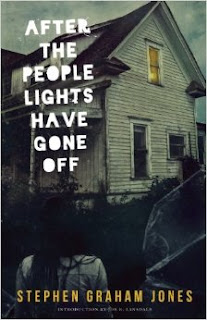 ​SGJ: Aliens, definitely. I mean, a ghost, really, that's just an apparition, pretty much, and I've never quite keyed into the clown-phobia thing. But aliens, man. I shouldn't even be saying this. They're probably monitoring my stuff. ​Which is narcissism charading as paranoia, sure. But none of that matters when you're out somewhere lonely, and the sky's so open and empty above you. Once, running around barefoot on Air Force Academy land, I found some crop-circled grass out in a lost meadow. Which was cool and scary enough. But then there was also a perfectly severed front leg of a deer there too. Such a clean cut. In high school, coming home one night—this is West Texas—I have this clear memory of me and a friend driving in my truck down this one road, 1120. And I remember looking into the rearview, and it was all lights. At first I thought it was cops, but then they were high up and coming in fast, and too wide besides, so I thought plane, some crazy plane with more colored lights than make sense, some plane emergency-landing on the lonely road behind us. And then that memory just snips off.

SGJ: ​The moon. So long as I had really good vision. I want to watch what bears do when we're not around. I want to see large impossible shadows skating just under the surface of the big lakes. I want to see Bigfoot. But I'd be the kind of moon like in Conway Twitty's "I Don't Know a Thing About Love," ​who just hangs there above. "I just watch from the sky." We all want to be Uatu, yes? I mean, Uatu, he knows why we went bipedal, he knows how many times we left Africa, he knows whether we hunted or starved or mated the Neanderthals into extinction. He saw the last mammoth mire down in Siberia, and, those shadows I want to track just under the surface of the water? He knows them by name. But I can't be Uatu in this question. He's not inanimate. The moon, though. I'd be the moon, if I got to see cool stuff. And also if I could read books over people's shoulders. Because there's probably a lot of downtime, up there. 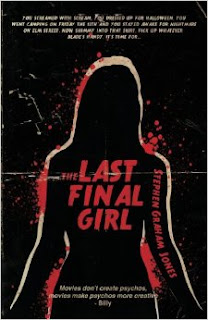 ​SGJ: I don't partake of any reality television. Or any of those contest-talent shows. ​If I'm watching Jeopardy, I always mute that part where Trebek 'interviews' the players about their backgrounds and interests. Because that's a gateway. If I start caring about them instead of the facts, the information, the knowledge, then I'm already losing. I might as well just sit down on a couch, dig that remote up from the cushions, aim it right into my temple and pull the trigger.

Stephen Graham Jones has fifteen novels out, and six story collections. The most recent is After the People Lights Have Gone Off (Dark House Press). Next is Mongrels (Morrow). Stephen's been the recipient of an NEA Fellowship in Fiction and has won the Texas Institute of Letters Jesse Jones Award for Fiction, the Independent Publishers Award for Multicultural Fiction, the This is Horror Award, and he's made Bloody Disgusting's Top Ten Novels of the Year. Stephen was raised in West Texas. He lives in Boulder, Colorado now, with his wife and children.
Posted by Scott at 7/01/2015 07:36:00 PM
Email ThisBlogThis!Share to TwitterShare to FacebookShare to Pinterest
Labels: 20Q7A, bizarro, horror, interview, Stephen Graham Jones
Newer Post Older Post Home