20Q7A: An interview with Bradley Sands

This week's guest is Bradley Sands… 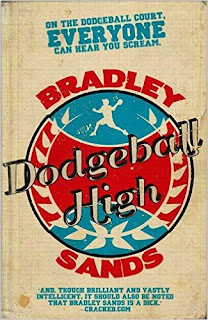 BS: A raccoon suit like Mario wears in Super Mario 3. Although I wouldn’t want anyone to think I was a furry because I got all freaked out when I went to a Ween (without Gene Ween) concert recently and this smelly neo-hippy guy who was in front of me had a tail that kept rubbing against my crotch while he was dancing. And it was crowded, so it’s not like I could have backed away.

BS: The Dark Overlord of the Universe from the Howard the Duck movie, which was played by the sex offender actor from Ferris Bueller. Why? Because he “demonstrates his developing mental powers by destroying table utensils and condiments.” I got that off Wikipedia. I don’t remember much about him except that he was TOTALLY AWESOME, but he was the first monster I thought of when I read this question.

BS: It would be just like baseball, but all the players would be encased in carbonite and it wouldn’t be televised. 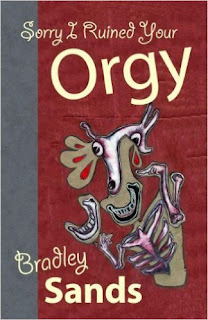 BS: The only one that I remember is when I wore a Jason Voorhees mask, smeared makeup from a Freddy Krueger face kit over it, and wore one of my dad’s flannel shirts, which I cut up like crazy with scissors. I think I might have been Kurt Cobain.

BS: Ghost alien clowns would probably scare the shit out of me. Like it would be terrifying if someone made a sequel out of Killer Klowns from Outer Space, starring the ghosts of the klowns who died in the first movie. They DID die, right? I’m not sure, and this uncertainty is why I find them so frightening.