20Q7A: An interview with S.P. Miskowski

This week's guest is S.P. Miskowski. 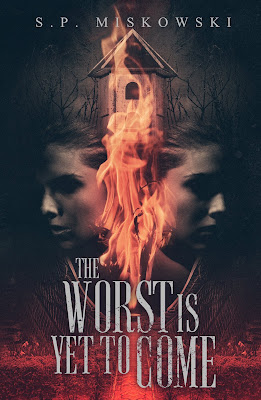 SPM: My favorite has always been Frankenstein’s creature, in the book and in the films. I’ve enjoyed watching other monsters in movies but this assembled, prized, obsessed-over and then abandoned creature has all of my sympathy. The creature’s desire isn’t for blood (until he’s been rejected by everyone). He yearns for communion. His story demonstrates how anyone physically fundamentally different from the mainstream is often rejected by a society that claims to be fair-minded and compassionate. The creature reveals our hypocrisy. I found Frankenstein fascinating and poignant when I was a child, and I still find the story very moving.

SPM: My mom didn’t possess any arty-crafty skills at all, and the idea of buying a costume was ridiculous in a working class household. My Halloween costumes were always a last minute, tossed-together sort of mess. One year we absolutely couldn’t get it together and my friend was waiting impatiently to get started. So I ended up cutting eyeholes in a sheet and carrying a paper grocery bag. The edges of the sheet were dragging on the ground. (I think I was eight.) Anyway, I’m pretty well known in my family for sudden outbursts of extraordinary clumsiness. I must have fallen down about thirty times that night. I fell in the gutter. I fell on the sidewalk. I fell down a set of (thank goodness only two) steps on a porch. I fell in the dirt, the grass, the leaves, and a couple of puddles. By the time my co-trick-or-treater and I arrived home, I looked like I’d been run over by a convoy. That would be my greatest costume, I think.

SPM: My husband and I watched a film we’d never heard of until recently—The Key (1958) starring William Holden, Sophia Loren and Trevor Howard, directed by Carol Reed. What a surprise! It’s that rare kind of film in which the setting isn’t just background texture but an integral part of the story. There’s a psychological vs supernatural element in the form of a possible curse, a love story that isn’t romantic, and battle scenes in which you actually learn a bit about British rescue tugs in WWII, bringing home lame duck freighters and risking being attacked by German U-boats. I wish all real world films conveyed as much about where and when they’re set. 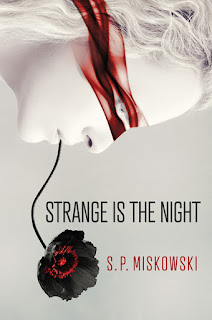 SPM: Sweets are nice but I’m a fan of savory foods. There was a little café in our neighborhood when we lived in California, where the owner spoke French to shame the customers and they served bacon spinach crepes with a sauce, gruyère béchamel. I could eat those crepes forever. Add a glass of red wine, and I’m never leaving.

SPM: There are no ghosts because there is no afterlife. Ghosts are a projection of our deepest psychological needs—for reassurance and connection, and the false sense of control that comes from knowing how things work and what to expect. Clowns are people in makeup. Not afraid of ghosts or clowns. Aliens or some life form other than the ones we recognize, thriving somewhere in the cosmos beyond our ability to see or predict? Yep. Totally possible, and very scary. If they ever cross paths with humans, I can’t imagine them taking us seriously. So many sci-fi stories involve people being absorbed or consumed by aliens from outer space. More likely, humans would become pets. People would only be taken as seriously as humans take animals. There’s some justice in that.

SPM: Having to feed it at certain times, and having to make sure it gets a balance of nutrients. It’s always when I’m busy working that my stomach growls and I realize: Oh, hell, I have to feed this thing again. 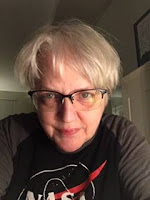 S.P. Miskowski has received two National Endowment for the Arts Fellowships. Her stories have appeared in numerous magazines and anthologies including Darker Companions: Celebrating 50 Years of Ramsey Campbell and The Best Horror of the Year Volume Ten. Her second novel I Wish I Was Like You was named This Is Horror Novel of the Year and received a Charles Dexter Award (Favorite Novel of 2017) from Strange Aeons. Her books have received three Shirley Jackson Award nominations and a Bram Stoker Award nomination, and are available from Omnium Gatherum, Dunhams Manor Press, and JournalStone/Trepidatio. Her latest novel, The Worst Is Yet to Come, marks a return to the dark undercurrents of the fictional town of Skillute, Washington first featured in her debut novel, Knock Knock.
Posted by Scott at 6/26/2019 07:00:00 PM
Email ThisBlogThis!Share to TwitterShare to FacebookShare to Pinterest
Labels: 20Q7A, horror, interview, S.P. Miskowski, weird
Newer Post Older Post Home