20Q7A: An interview with Somer Canon

This week's guest is Somer Canon.

SC: I dislike clothing and having to put a lot of thought into what I wear. My first instinct is to say that I'd like to be naked but other people are weird about nudity and if I did it, maybe other people would want to do it and perhaps those other people aren't really into riding the hygiene train and you'd never be able to trust public seating ever again. So my answer would have to be a bathrobe. True, wearing a bathrobe all the time makes you look like the type of person who has long philosophical discussions with the neighborhood pigeons, but they're warm and they're comfy.

SC: When I was a teenager I had to take my little brother trick-or-treating and he wanted me to dress up as a zombie with him. So I got my teenager's arsenal of Dollar Store makeup out and put under eye concealer on our lips and black eye shadow around our eyes to look the part, but we still didn't look quite dead enough, so I got my bottle of white shoe polish (you know, the kind you applied with that weird scrubby thing at the tip) and proceeded to scratch both my brother's and my faces to almost hamburger and replacing it with this white, cracking, toxic substance all so he could get some free candy and rolled up pennies wrapped in aluminum foil.

SC: Potatoes and their various iterations. There are a million things you can do with a potato, a truly magical vegetable. This question is hard, really hard, because I want to say maybe cheeseburgers because that is, in fact, my favorite food, but without the fries? NO WAY. Potatoes can keep me satisfied with their variety.

SC: I think I'm most afraid of aliens. I know that the prevailing theory of the "I WANT TO BELIEVE" crowd is that if a civilization were to become advanced enough to master space travel, then they must be an altruistic people interested in studying and preserving life. I'm not so convinced. I think they're going to come here and decide that they like our lazy-assed lifestyle and enslave us to make them chicken fingers and mac and cheese day in and day out while they watch videos on Youtube. I already live like that for my kids, I'm SO not interested in doing it for The Greys!

SC: I want to be a ceiling tile in the prep area of the world's fanciest restaurant. It would never be dull and I could check out my theory that those fancy places blow their noses on the plates of people that order well-done steaks.

SC: All the spiders you've swallowed in your sleep make their big escape out of your various relaxed orifices.

SC: It LEAKS! I'm not talking about normal bodily functions, I'm talking about the slow seepage of goo that comes out of our skin, eyes, and other unnameable places! Go look at your pillow! I bet it was white when you bought it and I would also bet that you have a pillowcase over it, right? Okay, so then why is that poor thing all gross and yellow? It's because you are leaking all over it when you sleep! What is it? WHY is it? All I know is that it's gross. 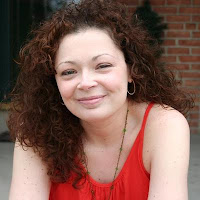 Somer Canon is a minivan revving suburban mother who avoids her neighbors for fear of being found out as a weirdo. When she’s not peering out of her windows, she’s consuming books, movies, and video games that sate her need for blood, gore, and things that disturb her mother.
Posted by Scott at 7/10/2019 06:30:00 PM
Email ThisBlogThis!Share to TwitterShare to FacebookShare to Pinterest
Labels: 20Q7A, horror, interview, Somer Canon
Newer Post Older Post Home