20Q7A: An interview with Kristopher Triana

This week's guest is Kristopher Triana. 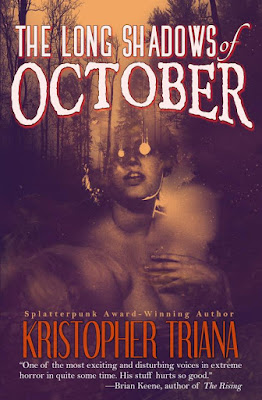 What’s your latest book, and how does it differ from your previous work?

My new novel is called The Long Shadows of October, and it actually is very different from my previous work. It’s not as extreme as Full Brutal or Body Art, though it does contain moments of intense violence and dirty, dirty sex. Overall, it’s more of a conventional horror novel. There’s a haunted house, a succubus, and black magic. It’s definitely a Halloween read.

The original Michael Myers from the '70s and '80s. The Shape. Not the watered down bore he’s been turned into by bad sequels and even worse remakes. Halloween was a huge influence on me. I saw it when I was twelve and everything about it lured me in. I was already a huge fan of the holiday, and the film honors it with its creepy atmosphere and Carpenter’s excellent score. But what made Myers so memorable was that he wasn’t just a murderer. He was like a force of nature, an evil that couldn’t be explained. I think of Halloween, Halloween II and the grossly underrated Halloween IV as the Myers trilogy.

I sometimes listen to music while writing but often do it in silence. When I put on music, it’s always instrumental and cinematic. For example, while writing Shepherd of the Black Sheep and The Ruin Season, I listened to a lot of Nick Cave & Warren Ellis scores. While writing The Long Shadows of October, it was a lot of Carpenter Brut and Dance with the Dead. I listen to a lot of stuff like this when I’m not writing though, because it puts ideas in my head. Otherwise, I’m almost always rockin’ Judas Priest.

What’s the best movie, new or old, that you've seen for the first time in the past 3 months?

I really enjoyed the director’s cut of Midsommar. In a way, my answer contains spoilers, so reader, skip this part if you haven’t seen it. I lost my parents, have bipolar disorder, and went through a painful divorce, so I deeply related to the character of Dani and the suffering she’s going through because of her parents’ death, her uncontrollable depression and anxiety, and her boyfriend distancing himself from her when she needs him the most. The film isn’t perfect but it’s an exceptional horror film about personal pain. I think the more pain you have, the deeper the movie will affect you. 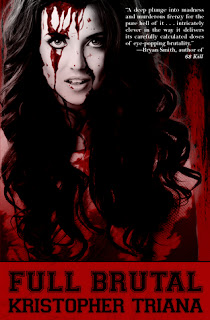 I’m an old school writer stereotype. I live in a rural, New England farmhouse alone with my dog. It’s very quiet and peaceful. I write on a regular computer, not a laptop, in a room filled with horror memorabilia. My dog, Bear, likes to lie beside me when I write. She’s an exceptional assistant editor.

There’s new preliminary evidence that the mind continues to work for a good ten minutes after we stop breathing and our heart stops beating, so we may very well be aware of our own death after it happens. After loss of consciousness, the muscles completely relax. Then the body cools down. With the blood no longer flowing, gravity causes it to pool in whatever parts of the body are closest to the ground. Chemical changes cause rigor mortis, then we start to decay. First our cells die, then any bacteria. Then the body actually digests its own organs.

What many call a soul is actually consciousness—your brain. When the electricity goes out, there’s only darkness and no you. There are no souls or ghosts or angels. You’re just gone. And then one day someone will say your name for the very last time and it will be as if you never even existed.

We’ve already established that ghosts aren’t real. That’s just silly. As for clowns, the only truly scary one I can think of is John Wayne Gacy. Bozo the Clown doesn’t give me the creeps. Aliens scare me more because they almost certainly do exist, though I doubt human beings have ever come in contact with them. In a universe that is endless, how vain would it be to assume we’re the only ones? We already know that—outside of our solar system—our Earth isn’t the only planet exactly the right distance from a star to support life. Aliens are out there somewhere. Maybe they’re just amorphous blobs, I don’t know. But if they’re intelligent, either they don’t know about us yet or they’re smart enough to stay the hell away from us. 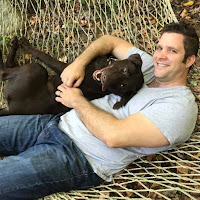 Kristopher Triana is the author of the novels Full Brutal, Body Art, The Ruin Season, Shepherd of the Black Sheep, The Long Shadows of October and Toxic Love, as well as the novella The Detained and the short story collection Growing Dark.