This week's guest is A.S. Coomer. 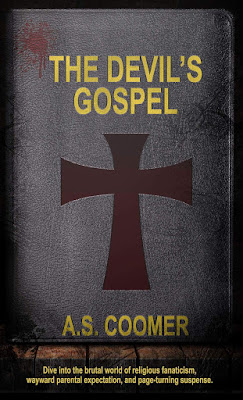 My most recent published book is The Devil’s Gospel (Wild Rose Press), a thriller set in the rolling hills of eastern Kentucky. This book delves into religious fanaticism and wayward parental expectations, which makes it somewhat similar to The Fetishists (Grindhouse Press) as they’re both subversive in nature. The Devil’s Gospel isn’t quite as extreme as The Fetishists is in its methods though.

I’ve got two new books coming out in the next two months. They’re both different from each other and from the things I’ve had published in the past. I’m deathly afraid of standing still. The Flock Unseen (Clare Songbirds Publishing House) is my first short story collection and these four stories are about the thin line separating hope and loss, a step away from horror & genre writing. My next novel, my fifth, is unlike anything I’ve written. Memorabilia (11:11 Press) is experimental and deals with meaning and meaninglessness and the act of creation. I focused intensely on the prose and the way it correlated with the protagonist’s corroding mental health.

I do. I’m a musician as well as a writer. I write and play solo as A.S. Coomer and with my band The Coomers. The Coomers just released a six-song live EP Live at MotherBrain, which was recorded without overdubs in a barn in Evansville, Indiana on a rainy night last April. I also compose and record ambient instrumentals and tone pieces. I haven't released any of these just yet, but that day is coming. I’d like to get my foot in the door scoring films one of these days too.

I also make visual art when time permits. I like pen and ink drawing and oil painting.

Godzilla. Godzilla because Godzilla, though Vigo the Carpathian & Gozer the Gozerian are neck and neck for second place. 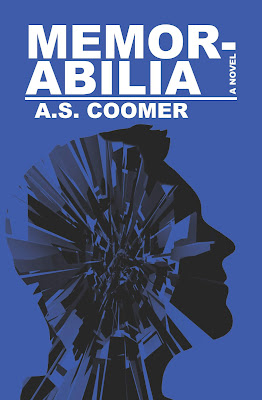 I do listen to music when I write. The style of music depends on the project. Right now I’m working on something very dark and heavy so the music reflects this: lots of sludge and doom. For Memorabilia I listened to a lot of ambient and instrumental music: composers like William Basinski and bands like Hammock & Explosions in the Sky. The music I listen to when I write is not necessarily different from what I listen to when I'm not writing. I tend to gravitate to musics with less words when I write but this is not a hard and fast rule. I don't like rules for the most part.

NASCAR but with hand and land grenades.

This year I got away with wearing a Batman onesie. The Coomers played a set at Flywheel Brewing in Elizabethtown, KY and it was probably the steamiest set we’ve played because of it.

I have absolutely no clue what I’m doing in anything. Life is confusing and I’m out here just winging it. The more I look around the more I think I’m not the only one with this secret.

A.S. Coomer is a writer, musician, and taco fanatic. A.S. was commissioned a Kentucky Colonel, the highest honor bestowed by the Commonwealth of Kentucky, for his literary and creative endeavors & contributions. Books include Shining the Light, The Fetishists, Misdeeds (forthcoming), Flirting with Disaster and Other Poems, The Devil's Gospel, The Flock Unseen (forthcoming), and Memorabilia. He runs Lost, Long Gone, Forgotten Records, a "record label" for poetry, and co-edits Cocklebur Press. He plays guitar and sings in The Coomers.
Posted by Scott at 12/11/2019 02:02:00 PM
Email ThisBlogThis!Share to TwitterShare to FacebookShare to Pinterest
Labels: 20Q7A, A.S. Coomer, Grindhouse Press, horror, interview
Newer Post Older Post Home