20Q7A: An interview with Adam Cesare

Imagine being locked in a cell, deprived of proper nutrition, and given 20 questions...but only being allowed to answer 7 of them! Oh, the horror! Well, here's an interview with a guy who knows a little something about horror - author Adam Cesare... 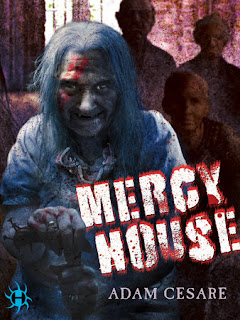 AC: The Creature from the Black Lagoon. He’s the perfect combination of cool design and misunderstood monster. Story-wise the movie’s very close to King Kong, I guess, but the Creature’s a little less benign than Kong. I’m amazed that a remake’s never gotten off the ground (of the original or of Revenge of the Creature). In a post-Blackfish world it’s more contemporary than not.

AC: Pizza. Definitely pizza. And I think I may already be doing that “eat one food for the rest of your life” experiment. So I’ll probably be dead soon.

AC: I listen to music when I write but I have specific requirements: it either has to be wordless like a film or video game score (I’ve been listening to It Follows, Only God Forgives and Outlast pretty non-stop recently) or it has to be something I’ve listened to enough that the lyrics don’t matter to me anymore.

When I’m not writing I try to digest new (or new to me) music. I like a lot of different things from stoner metal to Chris Isaak. My favorite band is the Drive-By Truckers. 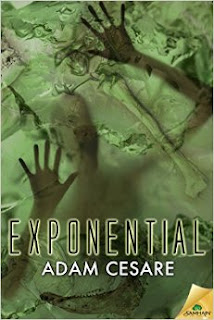 AC: Not to toot my own horn, but I’ve had a few good ones. My favorite is Alice Cooper.

I think it was good for a lot of reasons: first being that I have kind of a long face that isn’t too far off from a Welcome to My Nightmare-era Alice. Secondly, I did that one in college and, since I went to college in Boston, I got to hop a train with my roommates and show off my costume in Salem. One of my better Halloweens, period.

AC: I don’t fetishize coffee on social media the way a lot of other writers do. But that’s only because coffee is no joke to me.

So, yup, there’s lots of coffee and I like to write in public as much as possible, libraries and coffee shops once the libraries are closed. I don’t write in public because I’m an exhibitionist with a precious notebook and a latte, but because I like to think that the people around me are ready to judge me if I’m not working as diligently as I should. 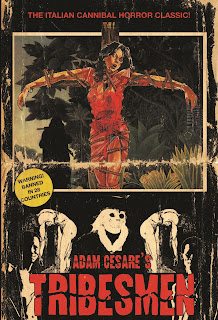 AC: If we were going original series, toe-to-toe, I would go Twilight Zone, easy.

But, if we’re including later incarnations, for nostalgia and “it’s what I grew up on” sake, I’m going to choose the mid-90s version of The Outer Limits that aired on Showtime. Thinking about it now it definitely benefitted from two things: a) it was clearly meant to be an X-files competitor/rip-off and b) it was early pay-cable original programming and seemed like it needed to compete with Tales from the Crypt for its blood/nudity quotient.

AC: It’s called Mercy House and it fits way more into the extreme horror genre than most of my other stuff. Which was fun for me, I like to try out new subgenres and push myself. It’s about a mysterious outbreak in an old folk’s home that changes the residents into monsters.

Adam Cesare is a New Yorker who lives in Philadelphia. He studied English and film at Boston University.

His work has been featured in numerous publications, including Shroud Magazine. His nonfiction has appeared in Paracinema, Fangoria, The LA Review of Books and other venues.

His novels and novellas are available in ebook and paperback from Amazon, Barnes & Noble, and all other fine retailers.