20Q7A: An interview with Violet LeVoit 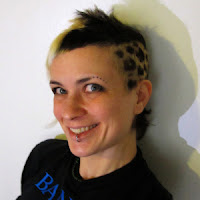 VL: My next book to hit the shelves will be I MISS THE WORLD, published by King Shot Press of Portland, Oregon. It's different because I hate plays, but this could more easily become a play than anything else I've ever written. It's one long dialogue between a brother and a sister chatting as they stroll the grounds of Hollywood Forever Cemetery in Los Angeles. Technically, nothing happens in the hour they're talking, but you know that's a lie. It's my attempt at a Nicholson Baker novel.

VL: Some stories hit their groove once I find the song that greases their creation, but some are best written in silence.. I've written stories to “Amplifier” by the dBs, “Baby's On Fire” by Brian Eno, and “Amerika” by Rammstein. In fact, I only permit myself to listen to Eurythmics's “Somebody Told Me”, “I Could Give You (A Mirror)”, “Jennifer”, and “This Is The House” when I'm writing. All my non-fiction deadlines are to the tune of “In Motion” by Trent Reznor and Atticus Ross. I like all of the above in my non-writing life, too. 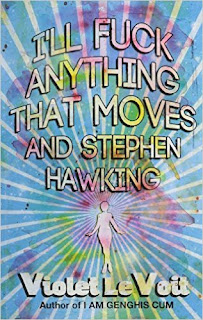 VL: I’d like to see a true desert – maybe the Australian outback. 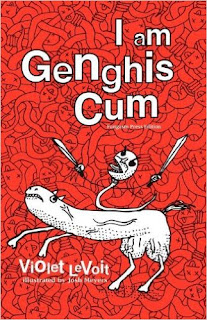 VL: I sit on a couch with a laptop on my lap, with the wifi turned off because it's not good for your groin. I write in the early morning, sometimes as early as 4 am. That hour is precious because I can be left alone, and I can do the most important thing in the day first. Of course, sometimes I sleep at 4 am, too.