20Q7A: An interview with David Bernstein

This week's guest is David Bernstein… 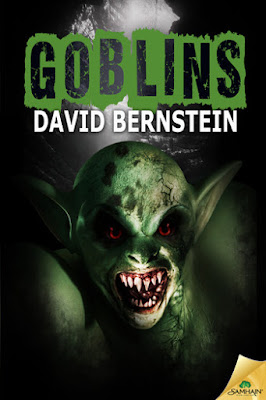 DB: Actually, I have two books releasing within a couple weeks of each other. Weird, but they are with different publishers and it just worked out that way. Skinner was released July 21st, and is an '80s throwback style survival horror novel, part supernatural slasher and part psychological horror. It's quite different from my last novel, The Unhinged, which was extreme horror, took place in the real world and was more character driven. Skinner is all about the story and the villain. It's along the lines of my novel, Witch Island, for anyone that's read it.

Goblins, released August 4th, is an action-horror, gore-filled, supernatural tale. It's much more straight-in-your-face horror. Lots of death and carnage, but there's a character-driven story too. Goblins involves a real-life legend/occurrence—Roanoke and the lost colony—something I haven't done in any of my other books. It was interesting researching and bringing a fantastic spin to the Roanoke legend.

DB: Writing pretty much takes up all of my spare time. I used to practice martial arts. I started with Karate when I was young, then Aikido, and then moved on to Kung Fu (White Crane, Wing Fu, Hung Gar, Choy Li Fut) and Tai Chi—the combat Tai Chi—which uses inner strength and energy, making it a far deadlier art than many others, in my opinion. But it's also very good for the body. Great exercise for anyone at any age.

I also spend a lot of time (too much probably) watching television and movies.

DB: I do not listen to music when I type. I like quiet. When I was in high school, I was a metal head. I listened to Anthrax, Slayer, Exodus, D.R.I. Testament, Megadeth… You get the picture. But I also liked my 80s and classical. Today, I still listen to a lot of 80s and metal. Metal helps get ideas flowing. I don't know how, but it works.

DB: When I was younger, I always wore store-bought scary masks, really expensive, intricate ones. Then one year, I decided to buy makeup and made up my face with cuts and blood and a third eye coming out of my forehead. I won first prize in the local Halloween contest and got my pic in the paper. 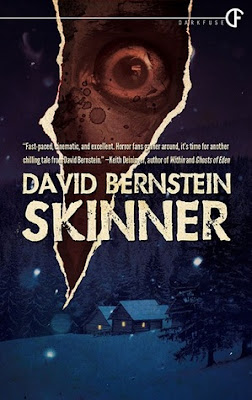 DB: I like to write at home, but I've learned to write almost anywhere. I write longhand at home for hours at a time, but also in 5 or 10 minute increments at work. I can write with nothing by my side, or I can have a soda or cup of tea. I used to drink coffee, but for some reason it doesn't agree with me anymore so I stopped drinking it.

DB: Nothing really, it's all natural. But if I had to say, it'd be balls. They're just so ugly.

David Bernstein is originally from a small town in Upstate New York called Salisbury Mills. He now resides in NYC and misses being surrounded by chainsaw-wielding maniacs and wild backwoods people that like to eat raw human flesh. He’s grown used to the city, though hiding bodies is much harder there. He is the author of Amongst the Dead, Damaged Souls, The Tree Man, Witch Island, Relic of Death and the forthcoming Apartment 7C. David writes all kinds of horror, from hair-raising ghost stories to gore-filled slashers and apocalyptic tales of terror. He loves hearing from his readers.