20Q7A: An interview with Nicole Cushing

This week's guest is Nicole Cushing… 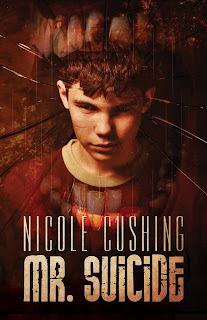 NC: Lately, I’ve been quite taken by Claude Rains as the invisible man. If you watch the movie, you realize that all the dude really wants is to be left alone to work in peace. I can totally relate to that. He only gets violent when people won’t leave him alone. Also, he’s the most sarcastic of all the classic Universal movie monsters. I mean, granted, he’s kind of a dick. But there’s something charming about him, I think.

I like Frankenstein’s monster, too. I even have a collection of Frankensteins in my office. But more and more, I’m taking a shine to the invisible man.

NC: Okay, so this takes a little explaining. Several years ago, some former members of the Mystery Science Theater 3000 cast formed a new movie riffing venture called Cinematic Titanic. Unfortunately, it never quite took off in the same way RiffTrax did, but it left behind at least one real gem: a riffed version of an early ‘70s horror film called Legacy of Blood. It features John Carradine and an ensemble of little-known (and overacting) co-stars as a dysfunctional family murdered by a mysterious assailant, one at a time. It’s part-sleaze, part-whodunit, and one of the funniest movie riffs I’ve seen in a long time. Seriously, it’s up there with MST3K classics such as Manos: Hands of Fate and Cave Dwellers.

NC: I don’t believe in ghosts (so, obviously, they don’t scare me). And I’ve never really understood the fear of clowns. I mean, they’re strange—I get that. But I’m not necessarily frightened by people who are strange.

So I suppose, by default, I’ll have to say that I’d be most afraid of aliens. Unlike ghosts, there’s a scientific basis for thinking they may exist. Unlike clowns, there’s a possibility that they could be inherently menacing.

We’re accustomed to an ecosystem where we’re a dominant predator. The introduction of another highly intelligent species into our ecosystem would, at the very least, destabilize the current arrangement. At worst, we’d find ourselves reduced to ingredients in E.T.’s stew. 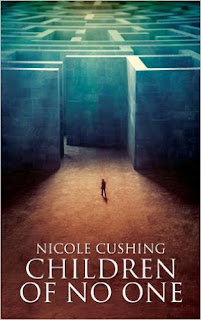 NC: It’s not exactly a mystery: you start to smell, you draw flies, you start to shrivel at the ends, and then you rot. For a clear illustration of this, leave a slice of baloney out on your front porch for a few weeks. See what happens to it? That’s what happens to you, too, after you die. And it will happen to me as well (unless I choose cremation).

You live on in the memory of those whose lives were closely linked to yours. That goes on for five or ten or twenty or fifty years. But eventually, we’re all forgotten. That’s inevitable. No one is immune to the permanent erasure brought on by the passage of time. Given enough years, even Shakespeare will be forgotten. (It may take several millennia but it will happen, eventually.)

I know that sounds bleak, but—at least for today—I’m not too upset by these ideas. I’m at peace about the whole thing.

NC: I’d invite Eleanor from The Haunting of Hill House over to my place. I’d have a glass of water, but I’d let her drink a few glasses of wine. At the end of the evening, I’d sneer and say to her: “Hey, Eleanor, are you sure you’re okay to drive.” Then I’d cackle madly.

Vomiting. I think it’s even more disgusting than defecation (maybe because it’s happening right in front of your eyes, whereas shit has the good manners to literally exit out the back door).

Mr. Suicide can be purchased directly from Word Horde here...
...or from Amazon here.