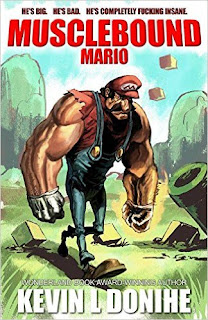 KLD: At the moment, I'm working on BULLY BOYS. It takes place in what amounts to Bully World and has a high school setting. There, a talent show looms. It's no ordinary talent show, though. It's one for bullies to demonstrate their prowess with their favorite victim and/or victims in the most creative ways possible and win great prizes. The ultimate loser, however, loses everything.

How does it differ from my other books? Well, perhaps it features more connections to my past than any previous work. Most books contain nothing of my past whatsoever. At the same time, however, I would not call BULLY BOYS autobiographical.

KLD: I was named after some guy's belt buckle. My mom saw him wear it when she was in the hospital just before I was c-sectioned out of her. Were I cognizant enough to name myself, I would have also seen the belt buckle and thought it was a fine name. At essence, I'm a Kevin and will always be a Kevin even after my time of Kevin-ing on this planet is through.

KLD: Bloody Hand Man. I put fake blood on my left hand. It was scary as hell.

KLD: I'm afraid of none of these. But, if you combine them, they become Alien Ghost Clowns. Do I really need to say why those might be scary? 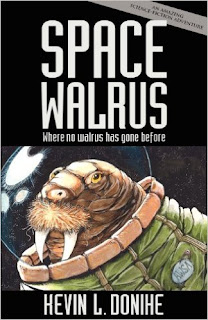 I'd like to one day visit Socotra. It's an island in the Indian Sea off the coast of Yemen. Google it, if you're not familiar. The flora is like none that I've ever seen. I also have a thing for ruins. (e.g. Ani in Turkey, Bam in Iran, Angkor Wat in Cambodia.)

KLD: I write in my bedroom where an ionizer produces white noise. I sit at the same desk I've had since I was 13. I've used the same computer since 1999. Each of my thirteen books published since 2001 have been written on it. The computer sucks for Internet now, but never once has it been in the shop. I hope it never dies.

Kevin L. Donihe has published over ten books via Eraserhead Press. His short fiction and poetry has appeared in The Mammoth Book of Legal Thrillers, Psychos: Serial Killers, Depraved Madmen, and the Criminally Insane, ChiZine, Electric Velocipede, The Cafe Irreal, Not One of Us, Dreams and Nightmares, The Best Bizarro Fiction of the Decade and other venues. He also edited the Bare Bone anthology series for Raw Dog Screaming Press, a story from which was reprinted in The Mammoth Book of Best New Horror 13.