20Q7A: An interview with Patrick Lacey

After a three year hiatus, it's back!

This week's guest is Patrick Lacey. 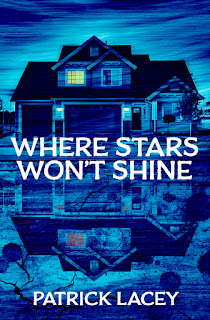 PL: My newest book is a novel entitled WHERE STARS WON'T SHINE. Scott Cole created that gorgeous cover. Do you know him? You should work with him. WSWS is a bit more serious than my previous stuff. It deals with the idolization of serial killers, which isn't necessarily a joyous subject, but there's also some harmless spooky stuff. Some people say that I'm obsessed with haunted locales just because I've written books about haunted amusement parks and haunted schools and now a haunted town but they're clearly wrong. I'm actually quite proud of WSWS. It took the most research out of all my books, which involved a butt load of true crime (again with the happy-go-lucky stuff) and it's the leanest/meanest thing I've published. People seem to be digging it too, which adds to the charm.

PL: The obvious answer is Fred Krueger. Anyone who's followed me on social media for more than thirty seconds knows I'm obsessed. NIGHTMARE ON ELM STREET is one of the first movies I remember watching. My parents let me see it at age five. Controversial perhaps but it set off a life-long obsession and a few (dozen) night terrors that lasted just over a month (decade). But that's sort of cheating since Freddy is technically a human or at least is human adjacent. 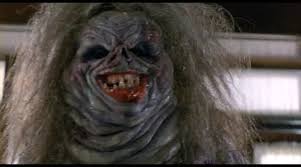 So let's go with the monsters from HOUSE, another childhood favorite, specifically the evil twin versions of some of the main characters. Upon first viewing (now a mature and wiser seven-year-old), I became convinced there existed deformed doppelgangers of everyone I knew, and they dwelled within an alternate dimension accessible only by an old well (I've still never seen a well in my life, so I'm open to interpretations). To this day, even though the film is played mostly for laughs, I get a shiver when I see those things. Although, now that I'm thinking about it they, too, are human adjacent, so this is a very long way of saying I really like Gremlins.

PL: I don't listen to music while I write. Should I just end the answer there? Once upon a time I went to school for audio engineering and the instructors trained our ears to listen to songs so closely, it bordered on maddening. Whenever most genres music are playing, my attention span goes out the window. On the flipside, I do listen to music while I edit. Not sure how it works but it does. Helps me focus and I know that goes against everything I just said but the world is filled with mystery. There are a few caveats. Nothing with vocals or lyrics, though it's tough have the latter without the former anyway. It can't be anything too technical, so my go-to's are various horror soundtracks. Off the top of my head: THE VVITCH, SPOOKIES, HALLOWEEN III, and literally every other score with John Carpenter's name on it. 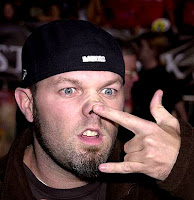 PL: That's a tough one. I'm a big Halloween guy. I get excited the moment it drops below 103 degrees in August and I have pumpkin spice coffee on deck all year round. I've worn many costumes, even some during Halloween, but the one that sticks out in my mind, the one that is by far the most preposterous, is that time I dressed as Zombie Fred Durst. Take a moment. Breathe. Now let's dive in. In eighth grade, I was as into nu metal as I was RETURN OF THE LIVING DEAD, which answers so many questions in hindsight. Most people wouldn't consider combining the two. But you've got to think outside the box with Halloween. Don't just be a vampire. Be a vampire who's also a used car salesman. Don't be a werewolf unless that werewolf is also half Terminator. The concept alone takes the cake but if I'm being honest, the execution was questionable. I wore a backwards Yankees hate and applied store-bought latex to my face. Made myself look like raw hamburger. Not even like gore but actually ground beef. Basically I was a young Tom Savini, only better.

PL: UNINVITED. It's got a mutated cat that boards a yacht and another smaller, slightly more mutated cat comes out of the first mutated cat's mouth and bites people's ankles. It's the best piece of art I've ever known.

PL: Ghosts. I've talked at length about this on podcasts, and I'm one step away from having a James Wan film based on my life, but I grew up in a haunted house. Laugh if you want but the place was no good. Scratching in the walls. Handprints on windows. Voices in the night. You name it, it happened. The land line called my cell twice when no one was home, and each time I heard heavy breathing. Haven't lived there for almost ten years but I still have nightmares. I'm back in the house and I forgot to move all my stuff and it's a race to get out before the ghosts get wise. I'm also fascinated with anything paranormal. I watch reruns of GHOST HUNTERS with little to no shame, and I've attended more ghost tours than I have college classes. The math's iffy but allow me the hyperbole.

PL: Most of the time, I write at home, though I do occasionally travel to my local coffee shop for a cold brew and an ego boost when neighboring tables assume I'm a real writer. My home office is also a toy room. It's got hundreds of action figures and vintage horror paperbacks and a six-foot-tall Freddy Krueger cardboard cutout (#onbrand). My desk is cluttered with only a tiny space carved out for my decade-old MacBook. I've always been a fan of controlled chaos. It just jives with me. Someone might take a look at the setup and call the producers of HOARDERS, but to me everything has a distinct place, from the foot-long Bat Gremlin figure to the oversized yeti bust my fiancee bought me. I like to sip a nice IPA if it's past five (or noon). Oddly enough, there can't be any snacks of any kind. I don't know what it is, but I can't read or write while I eat. Some people have talent but I just work with what I've got. 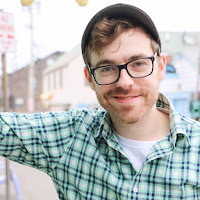 Patrick Lacey spends his nights and weekends writing about things that make the general public uncomfortable. He lives in Massachusetts with his fiancee, his Pomeranian, his over-sized cat, and his muse, who is likely trying to kill him.
Posted by Scott at 3/27/2019 07:25:00 PM
Email ThisBlogThis!Share to TwitterShare to FacebookShare to Pinterest
Labels: 20Q7A, horror, interview, Patrick Lacey
Newer Post Older Post Home