20Q7A: An interview with John Langan

This week's guest is John Langan. 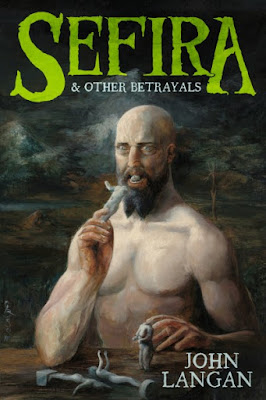 JL: My latest is a collection, Sefira and Other Betrayals, which brings together a new short novel (Sefira) with another seven stories, one of which is also new. As a whole, the book is perhaps a bit more focused than my previous two collections. In terms of individual stories, I hope each one shows me moving in a different direction from what I've done before.

JL: I love to draw, a holdover from my childhood ambition to be a comic book artist. I also practice a martial art called Tang Soo Do, which is a kind of blend of Shotokan karate and Tae Kwon Do.

JL: You know, I love Godzilla in particular, and giant-monster movies in general, which probably connects to a childhood love of dinosaurs. (I've written a couple of stories with giant creatures in them, but have yet to write a full-length, Gorgo- or Beast-From-20,000-Fathoms-type piece.) That said, I seem to return to vampires in my viewing (and reading) a great deal; I'm less sure why that is. (Maybe simply that I've read a lot of great vampire novels and seen a lot of great vampire movies.) 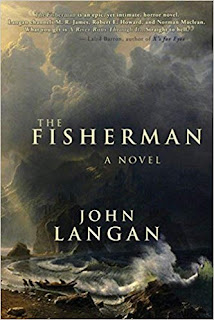 JL: I don't listen to music, which I used to when I was (much) younger and sat down to write. (Way back then, it was Springsteen's Born in the USA, or another such high-energy album, on vinyl.) These days, the only soundtrack I require for working consists of the background noises of my house: my wife, our son, the five dogs.

JL: I think it was the year I dressed up as Dracula. I think I wore my First Communion suit, and for a cape one of my mother's long dark skirts, safety-pinned to the jacket's shoulders. I whitened my face and wore oversized plastic fangs that channeled the spit in my mouth out in ropes of drool. Oddly, that was the costume that most made me feel as if I had become something else, something closer to what I was pretending to be.

JL: I recently saw the original Taking of Pelham 123. Walter Matthau and Robert Shaw ftw, as the kids say.

JL: My family is from Scotland, so I've been there more than anyplace else. I've also visited England—London—a couple of times. I've been to France twice, once to Provence, and once to Paris. I've been to Canada as well, Quebec and Ontario. I would dearly love to visit Italy. 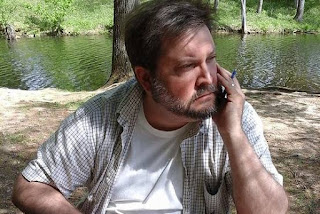 John Langan is the author of two novels, The Fisherman and House of Windows, and three collections of stories, Sefira and Other Betrayals, The Wide, Carnivorous Sky and Other Monstrous Geographies and Mr. Gaunt and Other Uneasy Encounters. For The Fisherman, he was awarded the Bram Stoker and This Is Horror awards. With Paul Tremblay, he co-edited Creatures: Thirty Years of Monsters. He is one of the founders of the Shirley Jackson Awards, for whose first three years he served as a juror. Currently, he reviews horror and dark fantasy for Locus Magazine. He lives in New York’s Hudson Valley with his wife, younger son, and he isn’t sure how many animals, anymore. (Author Photo by Fiona Paton)
Posted by Scott at 5/08/2019 07:13:00 PM
Email ThisBlogThis!Share to TwitterShare to FacebookShare to Pinterest
Labels: 20Q7A, horror, interview, John Langan, weird
Newer Post Older Post Home