20Q7A: An interview with Danger Slater

This week's guest is Danger Slater. 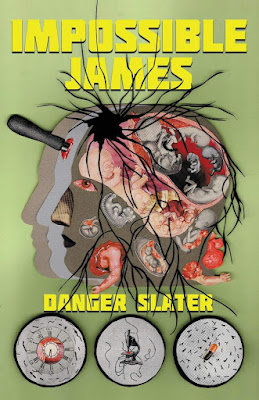 DS: It's called Impossible James and differs from the other works in that the story and characters are different. Haha. It's about birth and death and infinite regression, and relationships, and obsession, and horrifying body modification, and corporate culture/greed, and it's about fathers and sons, and nature versus nurture. I think I get better with each new book, so let's just say it's the best thing I've ever written.

DS: In high school my friends and I would play a game we called Power Thunderball which I don't think there were many rules to except it involved nets and hitting each other with balls a la dodgeball. I think we borrowed the name/idea from that Upright Citizens Brigade show they used to have on Comedy Central.

DS: The Beach Bum by Harmony Korine and starring Matthew McConaughey blew me away. It's so...singular in its point of view, and so unwavering in its tone, aesthetic, and delivery. It made me happy and sad in equal parts and really helped show a lot of the world from a new perspective. I thought it was an amazing film. Plus it features the Snoop Dogg/Jimmy Buffet duet you didn't know you needed. 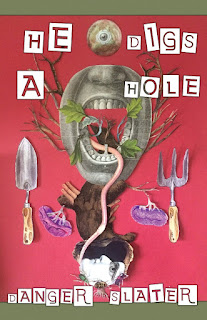 DS: It varies. I'll write in bed some days, or in the living room at the coffee table. Other days I'll pack up all my stuff and go to the library and write there. And yes, there's coffee involved. Lots of coffee.

DS: Your body goes to a morgue where scientists are allow to take parts of it for their Frankenstein monsters. That is what being an organ donor means, right?

DS: I let my cat write my last book for me. He's just a dumb cat. He didn't know I stole it. Sucker. 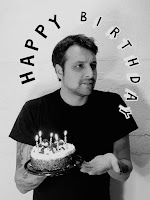 Danger Slater is the Wonderland Award winning author of I Will Rot Without You, Puppet Skin, He Digs a Hole, and Impossible James. He is the world's most flammable author.
Posted by Scott at 6/19/2019 07:00:00 PM
Email ThisBlogThis!Share to TwitterShare to FacebookShare to Pinterest
Labels: 20Q7A, bizarro, Danger Slater, horror, interview
Newer Post Older Post Home