20Q7A: An interview with Austin James

This week's guest is Austin James. 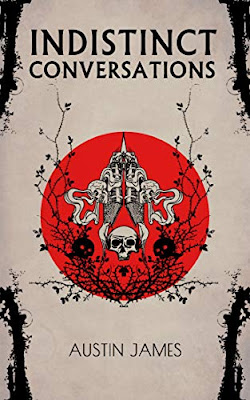 AJ: Indistinct Conversations, a short collection of (mostly) previously published work came out in December 2018. It includes some horror, a bit of bizarro, lots of general malpractice, and even a couple of poems. These pieces are often unsettling, sometimes beautiful, other times shameful—all probably revealing things about myself I shouldn’t. The cool thing about collections is that they tend to show a wider range of a writer’s talent, voice, imagination…

My previous/debut book, a short novella called The Drip Drop Prophet, is a whimsical bizarro manipulation of the concept that developing true connections with people is hard and stressful and scary…and often weird.

Although a lot of my more current work is less bizarre and obscene, everything I write tends to be dark and strange in one way or another.

AJ: Not always, not as much as I used to. If I’m struggling to get into the flow I’ll turn on some tunes, usually with headphones. It seems to work better if there are no lyrics, so generally instrumental and/or trance music. I usually end up playing Vitamin String Quartet’s amazing covers of TOOL. They did a really good job and I love how magical TOOL’s music can be.

When I’m not writing I generally listen to music that has energy—hard rock, some rap, some catchier fluffy pop songs. TOOL. Or I fall back on the 90’s grunge/alternative music of my youth.

AJ: Ghosts, easily. Not that I’m particularly afraid of them, nor do I find ghost movies more terrifying than scary alien or clown movies. However, when I was 5 or 6 I stayed the night over at a friend’s hours where we watched Silence of the Lambs with his family. It was the first scary movie I’d ever seen—I mean, I knew about Freddy Krueger and whatnot but had never seen a rated-R movie, let alone one where a cannibal eats prison guards and a killer makes clothing from human skin. Scared the living hell out of me, like hyper-scared. Wouldn’t even let my mom leave me alone in the house to go outside and smoke or whatever (she was pissed at my friend’s parents, by the way). While in that scaredy cat state, I also saw an episode of Unsolved Mysteries that had to do with ghosts. Again, scared the shit out of me, mom can’t leave me by myself EVER.

Nowadays I’m not wandering around worried about ghosts…probably just desensitized due to my wife’s obsession of paranormal investigation TV shows. Still though, leave me alone in a dark, abandoned prison or whatever—I’d shit my pants. Guaranteed. 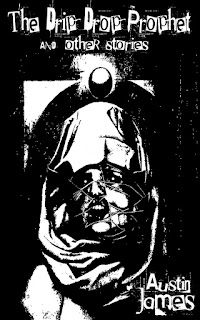 AJ: I have a room in my house that I use as my office. All my writing happens there, the door generally closed. I type everything on the computer and do several “save as” drafts. Usually always have a nearby source of caffeine, sometimes music (see above).

I do most of my writing in the morning, before the day has a chance to stifle that early morning creativity. So I have a pretty strict routine where I get up early and write before it’s time to wake the kids and start getting ready for work. On the weekends I get a few more hours in, but chores and children and whatnot generally keep me from writing all morning. I take certain days off, just to avoid burnout…and it’s always the same two days every week. I figure if I allow myself to decide in the mornings if I want to sleep in rather than get up and write, that “day off” becomes “every day” because, despite this routine, I am not a morning person at all.

AJ: Probably Overlord—I gave it 4 stars. It’s a solid WWII hero adventure with a compelling storyline. I mean, zombie Nazis may sound cheesy, but this movie is anything but (save for a quick scene or two). It’s creepy, a little gory (but not built on gore alone), and holds tension really well from the first scene forward.

AJ: Honestly, there are so, so many things about our bodies that are gross. And weird, and amazing. But mostly just gross. To pick the most disgusting I’d have to say our sex organs. Think about it, if you can, without any desire or lust. Males have a weird, floppy appendage that can be manipulated (within reason) without pain. When aroused, it fills with blood until it’s harder than many other parts of the body. Then, it is inserted into an orifice in the female body that secretes fluids at inconsistent levels depending on intensity of arousal. Eventually, the male appendage pukes reproductive fluids before deflating to its natural flaccid state.

Pretty disgusting. But also a lot of fun. 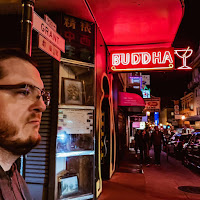 Austin James writes obscure and uncomfortable fiction (it's just a cool way of saying "weird and dark"). He has caffeine in his blood, gypsy spit in his spinal fluid, and uses an incredibly lazy pseudonym. His prose and poetry have been published in multiple magazines, books, and anthologies.
Posted by Scott at 7/31/2019 07:00:00 PM
Email ThisBlogThis!Share to TwitterShare to FacebookShare to Pinterest
Labels: 20Q7A, Austin James, bizarro, horror, interview
Newer Post Older Post Home