20Q7A: An interview with S.L. Edwards

This week's guest is S.L. Edwards. 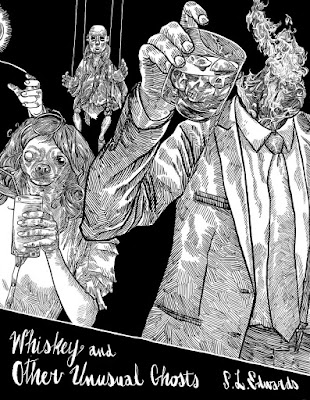 SLE: Why, it’s my debut short story collection Whiskey and Other Unusual Ghosts. In terms of how it’s different: it’s my first book. I’m quite looking forward to it, but am very nervous as well. There’ll be monsters in the closet, changeling wars, state-sponsored terror and even the simpler terror of falling in love.

SLE: With no hesitation, the Overlook Hotel. I’ve always thought the idea of the Haunted House was the pinnacle of horror. We’re supposed to be safe at home, if nowhere else. And to encounter an entity so simultaneously alien and intimate could conceivably ruin a human being. Haunted houses also have a way of acting as catalysts, exacerbating tensions which were already there to the point of rupture.

And nowhere is that more evident than in the Overlook Hotel. In both the book and the two movie adaptations of The Shining it’s very clear that the Overlook has a personality. That the Hotel is a Sadist. Playing with its food. Toying with Jack Torrance before it moves on to poor little Danny. Roaring and screaming.

SLE: I’ve had some good ones. As an adult, I’ve been Krieger from Archer and Edgar Allan Poe, those are probably my go-tos.

As a kid, I was a train one year. My grandad is a woodworker, and went all out on making a train costume. But me, being a child, ****ing destroyed the costume within minutes! I was heartbroken. Luckily we had a picture for posterity. And then my grandma used to sew, so I got to be an alligator.

Grant Morrison, when writing Superman, stressed that the best Superman stories were normal stories told on a magnified level. Your family is coming to visit. From another dimension. Your pet got out. It’s a sun-eater.

I feel like all three of those comics meet that standard. Moore wrote one of the most melancholy love stories of all time in Swamp Thing, and God almighty did those characters get put through the ringer before they got to be happy. And in Gaiman’s Sandman (I’m super skeptical about the Netflix series, by the by) we have the height of family drama and secrets. Dream starts off as this super-powered omni-God, but the more we come to learn about him we learn that this…entity is plagued with uncertainty. He’s alienated everyone but his older sister, and he really seems to regret it. And Doom Patrol is the ultimate cast of outsiders, forced into some incredibly wacky situations.

SLE: I think this question has the potential to be real mean. So to anyone reading this: you’re beautiful. Yes you. And I think you deserve love.

That said, they never prepare you for nose hairs.

So, I would love to get a cup of coffee with Sherlock Holmes. Just coffee though. Holmes was famously insufferable, and often dismissive of people who he thought were uninteresting. I can’t imagine he  would find much compelling about me. But it would be fun to pick his brain for all of an hour or two. Maybe join both brothers Holmes and watch them trade barbs.

I would also be thrilled to grab a drink with DC Comics' Zatanna. Zee is my favorite DC character, criminally under-utilized in my opinion. And in this scenario, it appears that magic would be real. I’d have a few questions about that, and I would let her talk my ear off (rae ylf ffo) over whiskey.

SLE: On December 21, 1991, representatives from the 11 Soviet Republics came together at Alma Ata. Days letter, Mikhail Gorbachev stepped down. This marked the formal end of the Soviet Union. Exactly four months before that, hardline communists attempted to place Gorbachev under house arrest and end what was being recognized as the rabid breakdown of the USSR.
And only months before that, I was born. 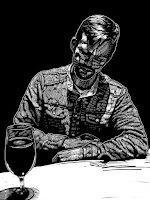