20Q7A: An interview with J.S. Breukelaar

This week's guest is J.S. Breukelaar. 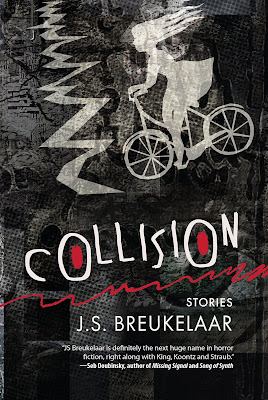 JSB: My latest book is called Collision: Stories. It’s out from Meerkat Press, who are publishing me for the first time, but not the last. They are terrific. It is different than my previous two books for one, because they were novels, and this is a collection of stories with one novella. It’s also different because this is the first book that has been illustrated, a lifelong dream. Keith Rosson’s gorgeous illustrations nail my vibe, or rather complement it in really interesting ways, and I couldn’t be happier about that.

The collection itself, or rather the content, is continuous with my previous work in that the stories bend genre to breaking point, so that in the end, the only thing left is character, wounded, beaten, bested but still somehow here, even if in very different form than what they thought they’d be. In the introduction which Angela Slatter honored me by writing, she mentions an element of hope in each work, which I was glad she saw. Because I did too.

JSB: I run, if that counts. I like music, and play a little bit of keyboard very softly with all the doors shut.

JSB: I live in Sydney, Australia, where anything goes, so I have no excuse to pull whatever’s lying on the floor onto my body with one hand, while sipping coffee with the other, except money.  If I could afford to dress any way I want to I would stand at my keyboard in Lady Gaga drag for sure. My favorite outfit of hers is a huge suit, jacket and trousers, bigger than David Byrne’s in Talking Heads, platform shoes (because I’m a shortie) and nothing else. 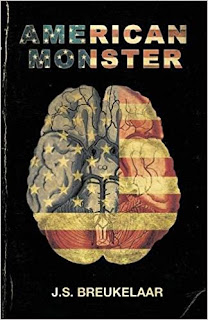 JSB: Music is the jumping off point for many of my stories. I curate songs for a playlist for everything I write, and if you’re interested you can read about my playlist for Collision here.

Generally speaking, for novels, I listen to instrumental stuff, usually, soundtracks like It Follows, or WestWorld, or bands like Fever Ray or Radiohead, or Beastie Boys albums like The Mix Up, or vocalists who sing in languages other than English, like Christine and the Queens, or where the instrumentals are lush and the voice is just another instrument, like Bjork. Anything so that the lyrics don’t interfere, unless I want them to, so then I listen to that album or playlist in a loop. So I recently wrote a story that circuitously tapped into Led Zeppelin IV, which I hadn’t listened to forever, and I played that throughout the drafting of the story.  So the music I listen to when I’m not writing is varied—but when I’m writing, I have a go-to of stuff specific to the work.

JSB: Last year when I had a rubber fork impaled in my head. The fork was meant to be stuck in my eye, but the rubber flap with all the fake blood oozing out of it kept falling off and the supposedly non-toxic glue pulled my eyelashes out with it, and the blood burned like an SOB, so after a couple of vodkas I just stuck it on my forehead and it stayed there. I am still waiting for my eyelashes to grow back.

JSB: Suspiria. Both of them. Not the best, but on my bucket list, and definitely glad I did. 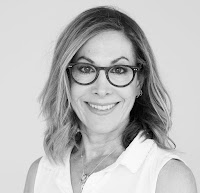 J.S. Breukelaar is the author of Collision: Stories, the Aurealis-nominated novel Aletheia, and American Monster, a Wonderland Award finalist. She has published stories, poems and essays in publications such as Gamut, Black Static, Unnerving, Lightspeed, Lamplight and elsewhere. She is a columnist and regular instructor at LitReactor.com. California-born and New York raised, she currently lives in Sydney, Australia with her family. You can find her at www.thelivingsuitcase.com and twitter.com/jsbreukelaar.
Posted by Scott at 4/24/2019 07:00:00 PM
Email ThisBlogThis!Share to TwitterShare to FacebookShare to Pinterest
Labels: 20Q7A, horror, interview, J.S. Breukelaar, weird
Newer Post Older Post Home