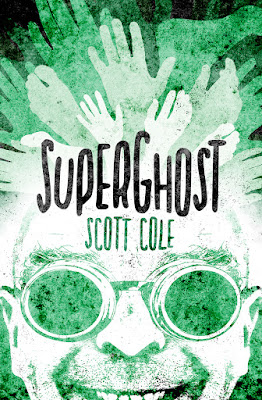 I’m happy to share the news that my first book, SuperGhost, is finally back in print! Here’s the description:

So if you didn’t catch it on the original release (or even if you did!), you can now pick up the reissue, featuring a fresh cover (also designed by me), revised/re-formatted text, and an ALL-NEW bonus prequel short story entitled "The Science Fair".